Trilok Corporation was established in 1989 by Mr. Ramesh Chandra Mehta as a proprietorship company to cater to maintenance jobs in major Oil, Gas and Petrochemical Companies in India.

Trilok Fabrication and Equipments Pvt. Ltd. was launched in the year 1995. Major assets and liabilities of M/S Trilok Corporation along with its Refinery Maintenance Division merged with M/S Trilok Fabrication and Equipments Pvt. Ltd. from the year 2002-2003 thus forming Trilok Group. The Company assets comprise of machineries, equipments, tools, QA/QC instruments etc to assist in the time bound shut downs and projects which require extensive planning and mobilization of large resources. Over the years we have built up an impressive stock of tools, tackles and equipment which help in immediate mobilization.

Since the year 2007, Trilok Corporation through its leader Mr. Mehta, has been using its vast experience in improving refinery processes, downsizing of equipment footprint so as to save valuable refinery space, process intensification and improvements refinery processes. Process intensification using HiGee is one of the main contributions of Trilok Corporation to the process industry, through the initiative, ideas and hard work of Dr. D P Rao (Process Inventor & Advisor) and Mr. R C Mehta. 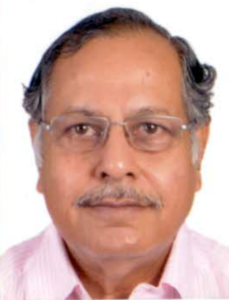 A mechanical engineer with extensive experience in refinery operations and maintenance of mechanical equipment such as Rotary Equipments, Boilers, Furnaces, Heat Exchangers, Columns and their associated Piping in various Petroleum, Petrochemical industries in India and abroad for the last 45 years. Ex-HPCL Lube Refinery employee, he was specially deputed to ESSO Singapore as a
Start-up Advisor for their new Lube Refinery , including training of local technicians. He was involved in installation and commissioning of Gas Turbines of M/S GASCO at Abu Dhabi and for BAHRAIN NATIONAL GAS COMPANY (BANAGAS) at Bahrain. He was also involved in providing expert advice in extinguishing major oil well fire at O.N.G.C. Gandhar Oil Fields. He is an expert in repair and maintenance of Pumps, Compressors, Tanks, Vessels, boilers, heat
exchangers and Distillation Columns as well as project execution in the Oil and Gas sector.

A highly qualified and experienced Chemical Engineer and Professor, now retired as Head of the Chemical Engineering Department at IIT Kanpur is the process inventor of Split Rotary packed beds. His qualifications are B.Tech. Andhra University, Visakhapatnam, India -1965. M.Tech. Indian Institute of Technology, Kharagpur, India-1967. Ph.D., Birla Institute of Technology and Science, Pilani, India-1974. He has several papers and patents to his name during his long association with IITK and still continues his passion for inventing and improving processes for various applications more specifically Process Intensification.
He has been associated with Trilok Corporation for the past few years as an advisor on Process Intensification and HiGee applications.